A downloadable game for Windows

What you see here is an extremely early prototype of our game that we used during the Kynseed Kickstarter. We've been fortunate enough to have had a successful campaign and so over the past number of months we've been developing this humble prototype into a full game. Much of this prototype's content is now very outdated (particularly character art and animations!), so take everything with a grain of wheat...erm, salt.

If you'd like to join us on this game dev adventure, then check out the links listed above and come hang out with us. We've also got a late backer program for anyone who missed the Kickstarter but still wants access to the rewards and other goodies. Many thanks to all of you who have downloaded this early chapter of Kynseed's development story - over 10,000 of you at last count! We look forward to continuing along this journey with you all.

Kynseed is a 2D sandbox adventure from veterans of Lionhead Studios' Fable series. Drawing from years of experience crafting the iconic Fable titles, we aim to deliver an all-new quirky RPG filled to the brim with mystery, exploration, awful puns, and sandbox possibilities.

While invoking the spirit of past Fable games, Kynseed is infused with our own ideas and a mix of British folklore, ancient legend, and rustic traditions. We hope to capture these inspirations in an atmospheric world with whimsy, humour, and eccentricity, and not a single orc or high elf in sight.

Spend your days adventuring, farming the land while raising your family, or even running your own tavern, apothecary, blacksmiths or goods store.

Every person and domestic animal you meet remembers what you do, or fail to do.

You can step off The Path into the darker areas of Quill and encounter faery tale monsters and enticing mysteries.

The seasons will pass and living things will grow old and die. Faces from the past are replaced by the fresh young faces of new life.

You have grown up in your parent's idyllic farm in The Vale, a peaceful valley in the faery tale land of Quill. In time, you meet the mysterious Mr Fairweather, who offers you a mystical acorn called the Kynseed. Once planted, it will grow a magical family tree.

But such a gift does not come without a price. And when you die of old age yourself, you will pass your family tree's Kynseed on to your children so that they may continue your bloodline and shape their own legacy.

The following features are to be added over the course of development and are not necessarily present in this prototype. Follow Kynseed's full development over on our community forums or Discord.

An Aging World
The land is affected by your choices and deeds. Seasons come and go and affect the world both visually and in gameplay.

Unique Life Mechanic
Pay the mysterious Mr Fairweather for powerful upgrades and revivals, at the cost of years from your life! Will you miss out on your child's development to buy that music box that makes dragons dance? Will your business suffer because you bought a pet cat that turns people to stone?

Real-time Combat
Wander from The Path and indulge in meaty combat against various nasty faery tale creatures that guard the materials and loot you need to become the greatest in the land.

Meaningful Relationship System
Build friendship into romance and produce heirs to continue your legacy. Do favours for others and not only gain friendship but also juicy information and gifts.

Event Calendar
A calendar keeps you up to date of festivals and events. Learn where and when the best ingredients grow. Attend various competitions, annual fayres, and don't you dare be late for a date!

Monsters and Creatures
They're more than just sword fodder. Each creature has a sim and their own traits that you can take advantage of. Remember, even dragons need to go to the bathroom now and then. (That wasn't a pile of gold that Smaug sat on!)

Run Your Business
Own a tavern and craft beers with bizarre effects. Be a blacksmith and forge weapons and tools to order. Manage your apothecary and mix cures for a variety of bizarre poxes and curses.

A Land Where Superstitions Are True
Heed the advice of the Old Fishwife and the locals to find out everything from where the rarest items can be found to where and when the best places to conceive are! We're not just a little stitious. We're super stitious.

Olde Traditions
Every village has their own customs and quirks. Visit the annual cheese bowling rite and encounter Wiki Men, Fred Barleycorn and wear the Trousers of Fertility, as passed down through generations. (I really hope they wash them...)

Recipes
Hunger dictates combat prowess so a proper breakfast before some monster slaying goes a long way. Discover and use proper recipes though, and you can take your fighting to the next level, or even use the Traits in food to distract, weaken or even scare away enemies!

Item Traits
All items and materials, have unique traits. From medicinal to hallucinogenic, shrinking to fattening...Want to feed laxatives to herds of sheep and lead them through town? The creative possibilities for fun are endless. 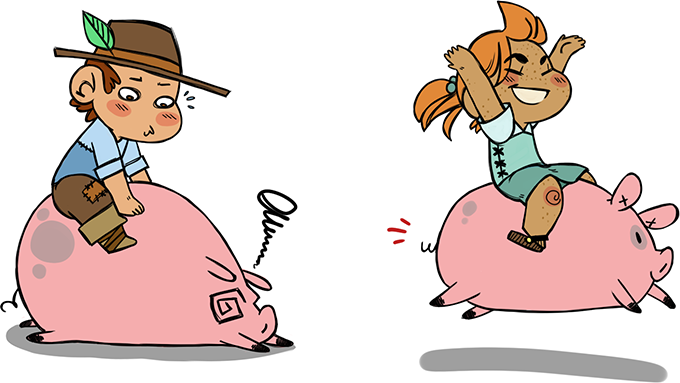 Be Friends with Animals
Domestic animals and critters have opinions of you based on your actions. If they like you enough they may just let you ride them!

Lovely Music
No mythical world would be complete without music to go with it. The title music has been made by Russell Shaw but also helping us out with some beautiful world music is Matthijs den Daas. Here's a couple of tracks you can expect to hear in our prototype. We'll be adding much more music as development continues.

This is the sixth and final prototype version used for Kickstarter campaign. (Full development has far exceeded this version!) This update is mainly a minor update to 'lock in' the prototype so that we can move on to working on the core areas of the larger game . This patch is primarily minor tweaks and improvements so if you have played previous versions you likely won't see anything new - just a slightly more refined experience for the UI, controls, and other small fixes. This also might be the last update for a fair while or perhaps even until the early access build planned for a half year from now. We want to make sure that the early access build is as good as possible and to do that we'll be giving it our complete focus. Worry not though, we'll absolutely still keep you all up to date and suitably tantalised with progress on the game as it develops via updates like these as well as over in the PixelCount community.

If you encounter any problems please contact us on our forums,  Twitter, Facebook, or at Feedback@Kynseed.com. Thank you for playing and we hope you enjoy this rather hefty update!

We are a team of three little pigs building a brick house to keep the wolf from the door. Two of those pigs are ex-Lionhead Studios developers and the other ran the Fable community for many years. With over 30 Years of experience developing the Fable series and its community (amongst others), we hope to infuse our games with the same charm, eccentricity and humour that permeated Lionhead's games.

Neal has worked as a scripter, coder, and tools creator for nearly every Fable over the course of 12 years as well as a gameplay scripter on Black & White 2. He was Lionhead's 2nd best table tennis player, perhaps best shmup player, and boasts a stupidly high score on Threes. He is also a Streetfighter expert and fanboy, although he can't cope with button mashers and for a polite and quiet guy he sure swears like a sailor.

Charlie was at Lionhead longer than anyone and that's why the place smelled a bit. He cut his teeth as a tester on Black and White then Fable and ended up designing and building the Albion of both Fable 2 and Fable 3. Charlie lived for Lionhead - quite literally as he once lived there secretly for 9 days. For some reason, he is really good at the Mario Golf series despite being dreadful at real life golf...although real golf doesn't require you stopping an arrow on a power bar and trying to avoid giant mushrooms with faces.

A rock star both on and offline, Matt helped out with the Fable community for over a decade and gained the respect of all those utter nutters. He's now part of our lovely team and when he isn't busy partying in Los Angeles he's busy editing videos, creating graphics, contributing to design, keeping us organised and on schedule, and not sleeping as much as he probably should.

Ian Faichnie for the superb Kynseed and PixelCount logos.

Mighty Mike McCarthy (Twitter) for all the stunning concept art!

And extra thanks to David Oxford and Lozz Logan (Twitter) for other fantastic art contributions.

Extract the files from the zip and run Kynseed.exe in the Kynseed folder.

This game requires a Windows 7 or later PC with a DirectX 11 compatible graphics card. Kynseed uses the Monogame framework and all the required DLLs are included in the game directory. If you have a red screen error please take a screenshot and post it in our forums, contact us on Twitter, or email us at Feedback@Kynseed.com. 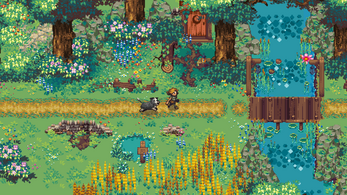 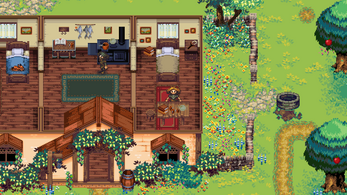 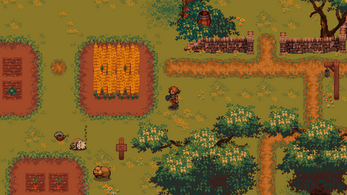 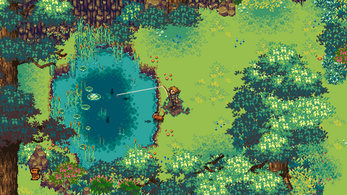 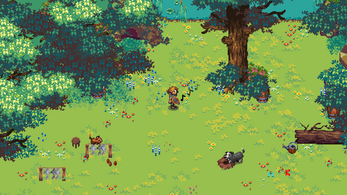 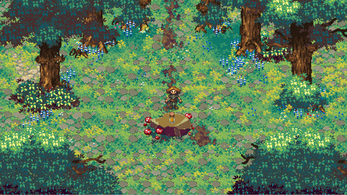 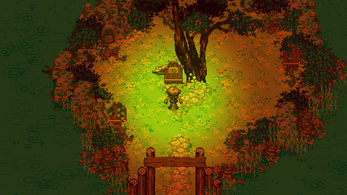 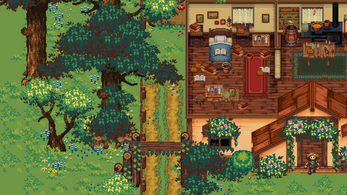 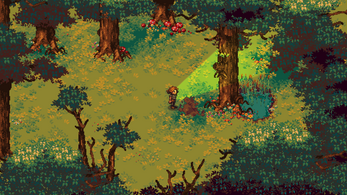 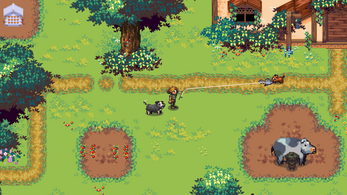 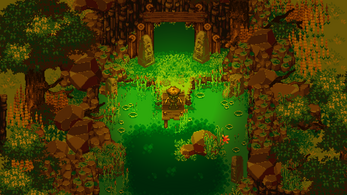 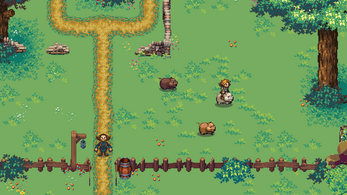 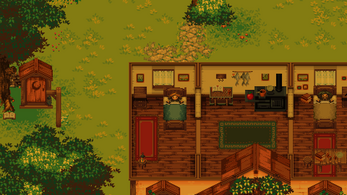 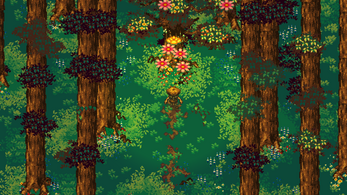 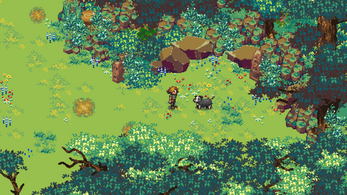 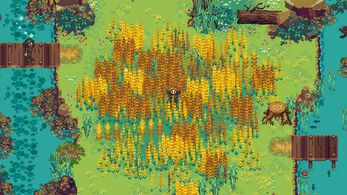 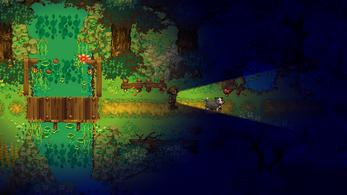